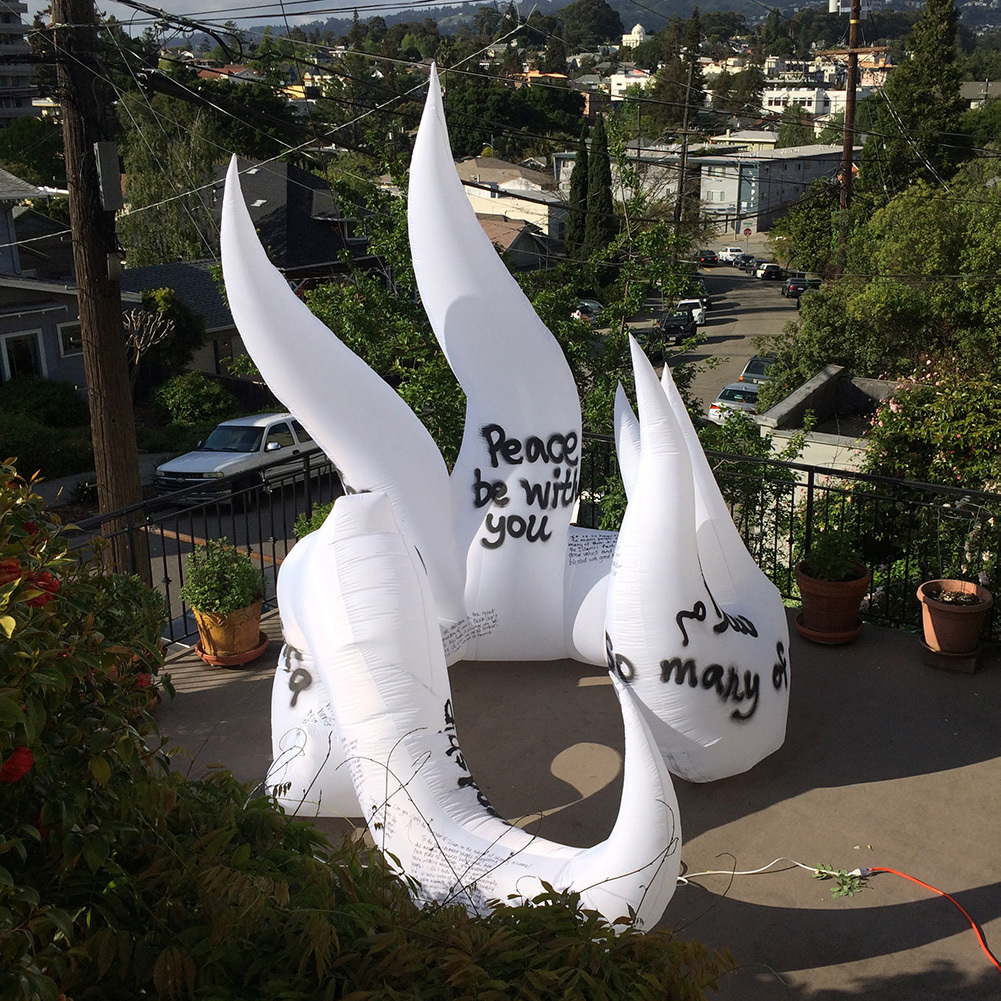 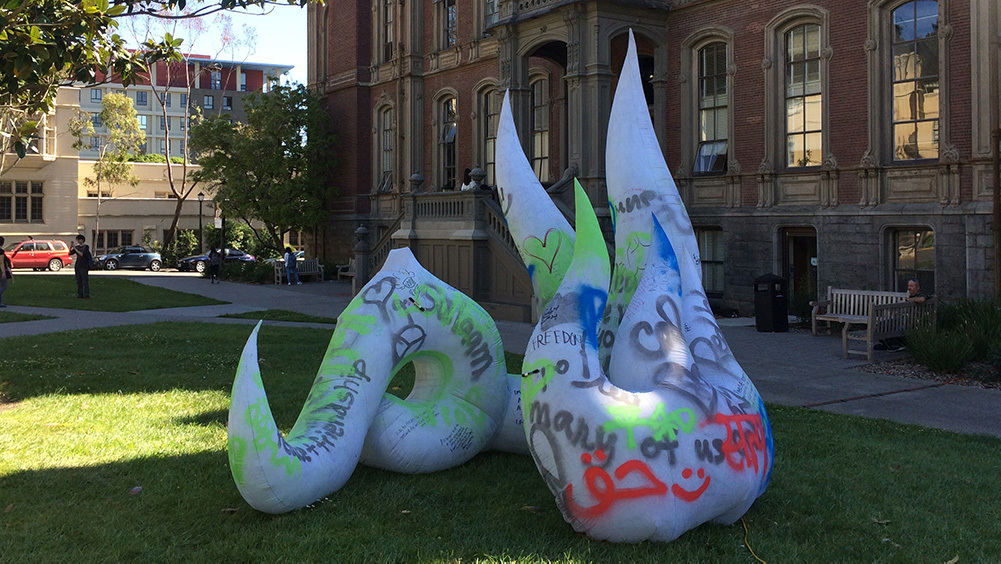 Passerby added their own greetings of peace to the sculpture.

What if our mundane interactions with strangers were imbued with a message of peace, recognition, and respect? This sculpture is inspired by the Arabic word "salaam." Salaam means "peace" and is also used as a greeting to wish peace upon others. Its usage can feel mundane, commonplace, everyday, unremarkable. It is so mundane; it is so embedded. In many situations in Arabic it is polite to say hello and goodbye to everyone individually, with specific phrases and replies. Everyone merits this level of recognition and respect.

This project was motivated by personal and family experiences with Islamophobia and a desire to spread peace and friendship in response.

The sculpture was shown at the 8th Annual Islamophobia Conference and in public locations on Berkeley's campus in April 2017.

It was also shown at Oakland Figment 2018.

Passerby were invited to add their own commentary or drawing to the sculpture using markers or spray chalk, and perhaps pause to reflect on issues around diversity, acceptance, acts of violence, and the maintenance of peace. Over a few days, passerby's additions made the sculpture come to life.

Examples of what people contributed 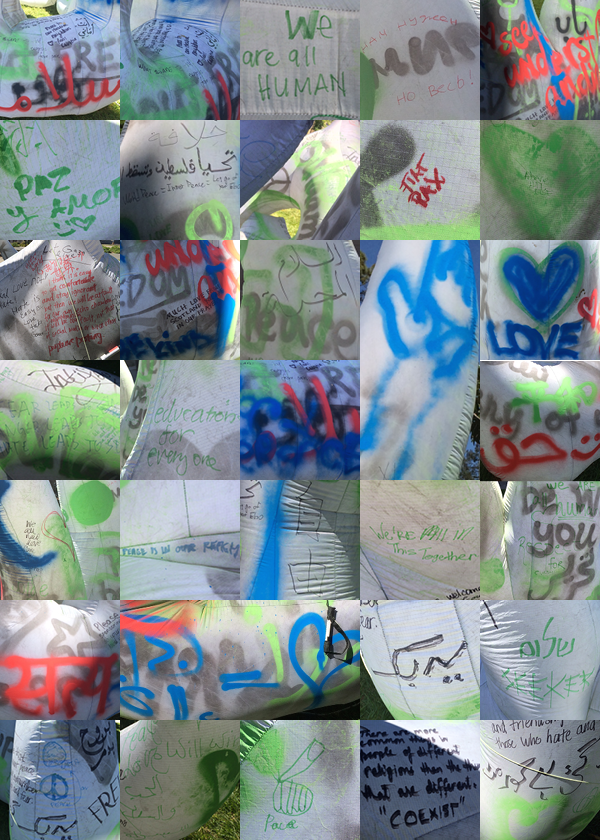 Some of the comments added by passerby. 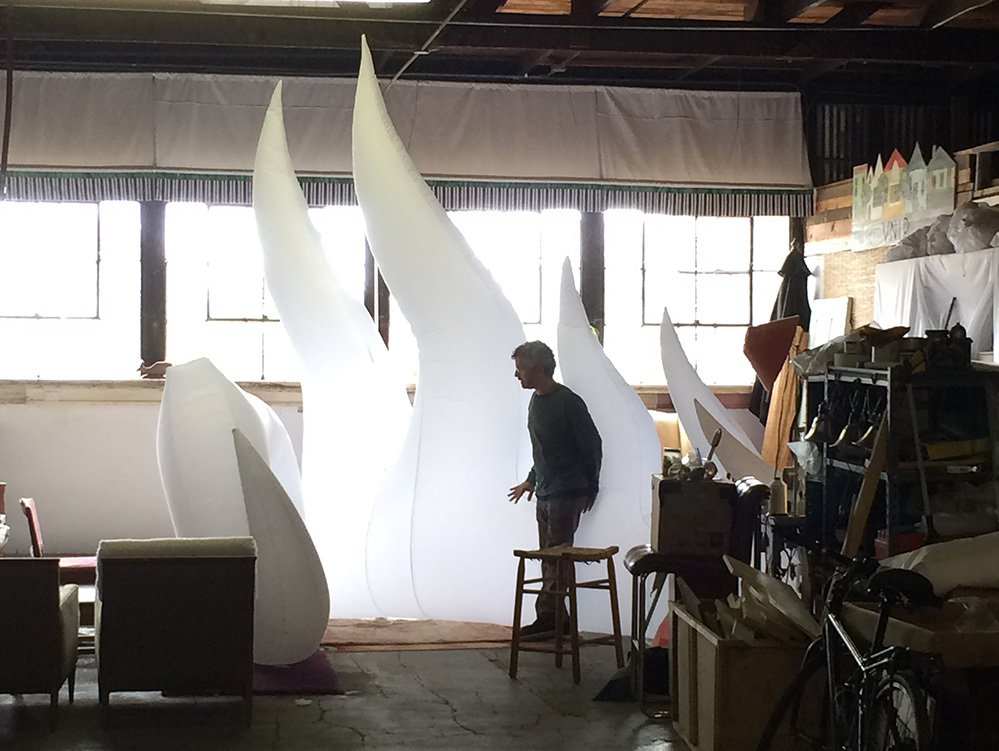 Progress picture from the studio.

This project was done in collaboration with Stan Clark of Astro Botanicals and Sahil Mohan.