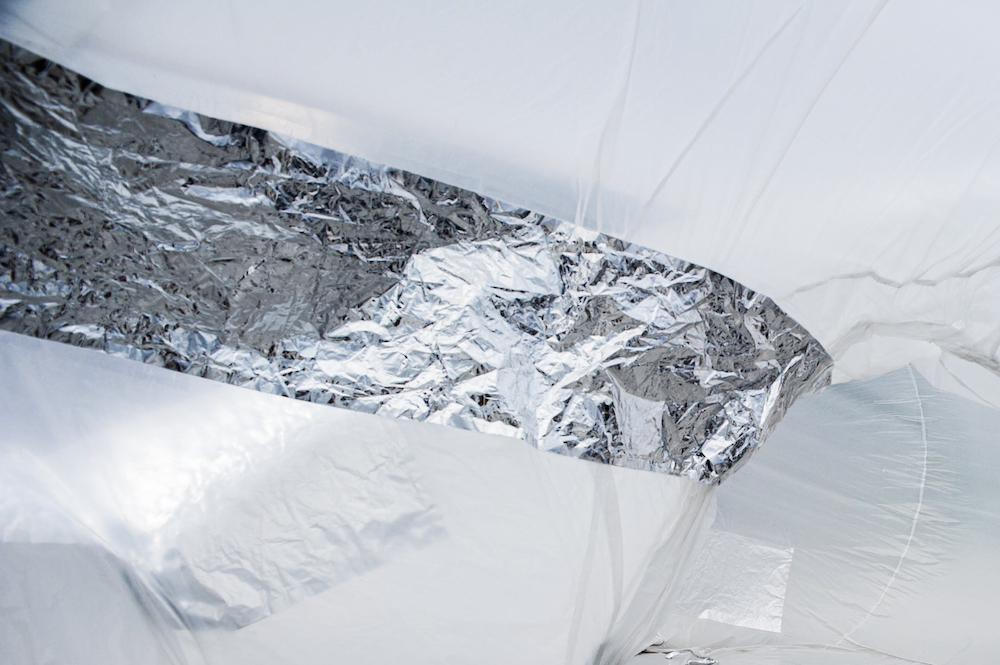 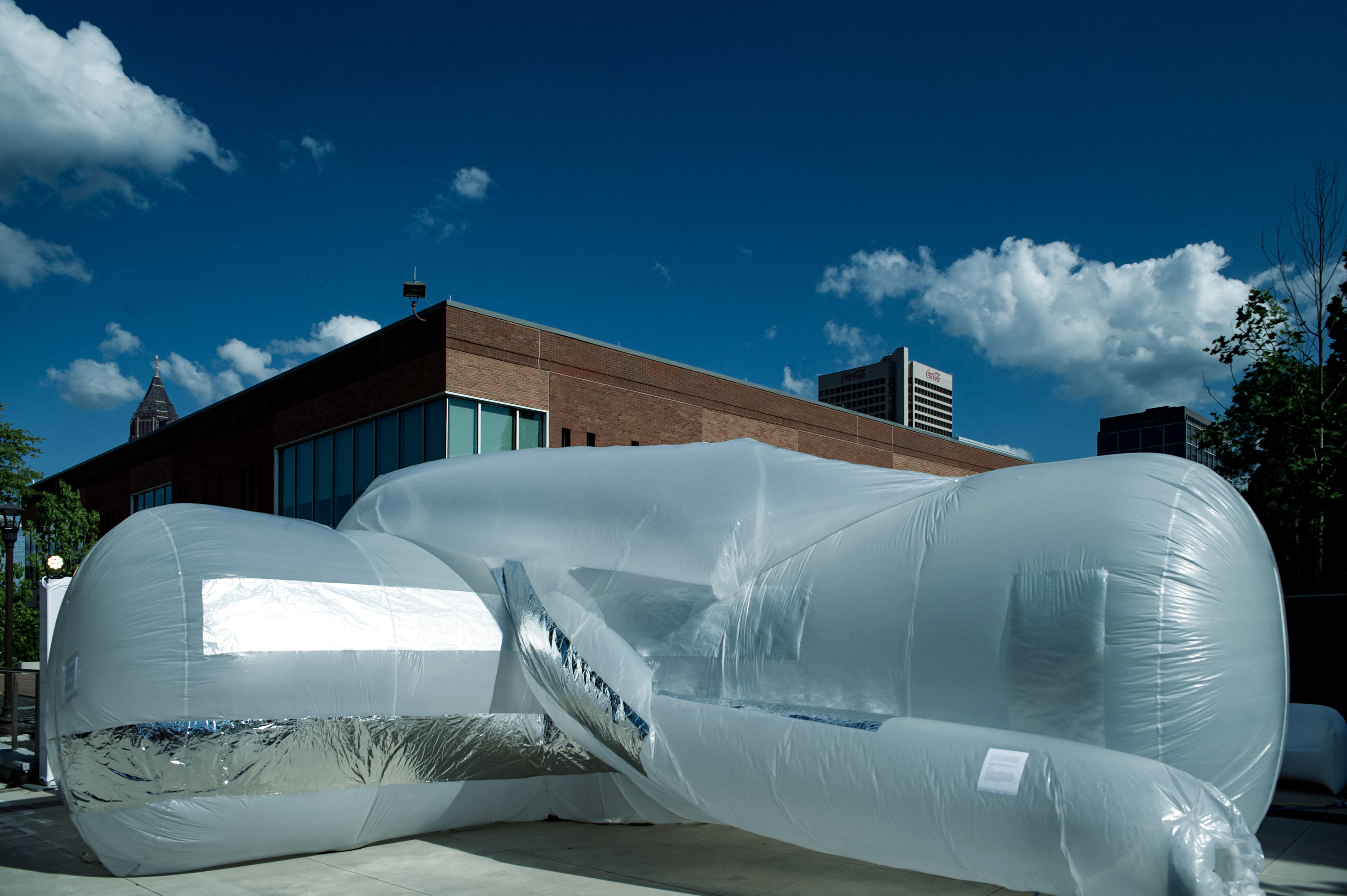 Infrastructural Membranes is an inflatable sculpture that explores taken-for-granted infrastructures of data, air, and feeling. It's about celebrating those infrastructures and bringing them into plain view, and also speculatively reimagining some of those infrastructures from a critical feminist perspective. Larger than a small studio apartment, this pop-up sculpture takes up space and calls attention to the tubes, systems, and structures weaving through and under and around daily life - whether HVAC systems that monitor and optimize air in modern buildings, gargantuan bundles of cables spanning the globe for the internet, or emergent surveillance structures that measure and distort emotions.

It contrasts and reimagines much of what we take for granted about infrastructure. The form of the sculpture is inspired by HVAC tubes and data pipes - but an unexpected bend, an imperfect twist - not only channeling, but distorting and transforming its contents in unpredictable ways. The looming white and silver surfaces refuse to mimic the smoothness and cleanliness so often expected of new technology; its surface is wrinkled, crinkled, and dirty, collecting traces of what and who came through before. Its pipes are soft, and visitors can can touch and poke and pat and hug. Visitors can go inside the big pipe and experience its sensory transformations: a space of swaying translucent walls and ceiling, stretched shadows, and a soundscape of humming fans, crinkling foil, and distorted buzzing.

Infrastructural Membranes was exhibited in April 2022 at Ferst Center for the Arts at Georgia Tech. 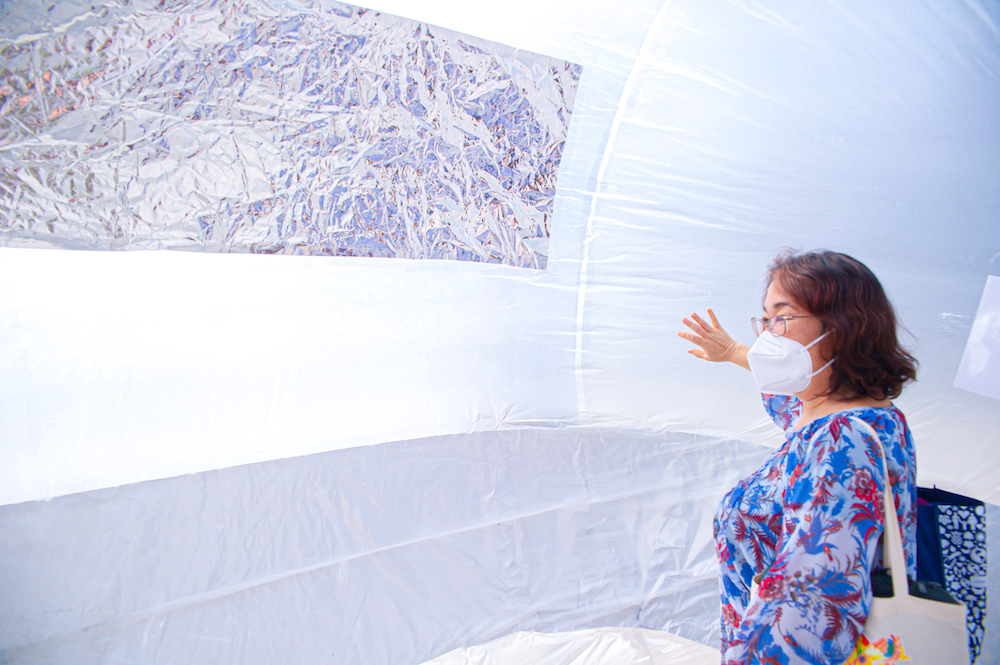 Visitors could touch and poke and pat the shifting curving surfaces of the inflatable as they swayed in the breeze. Photo credit: Cassidy Whittle. Photo editing: Noura Howell. 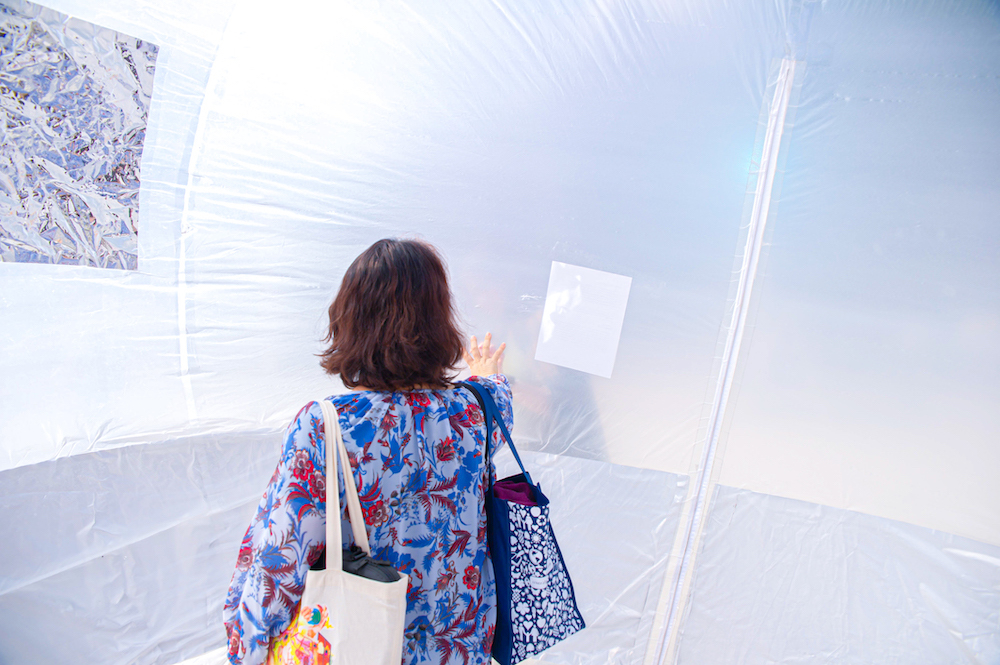 People played across the translucency of the membrane, pressing their hands together from inside and outside. Photo credit: Cassidy Whittle. Photo editing: Noura Howell. 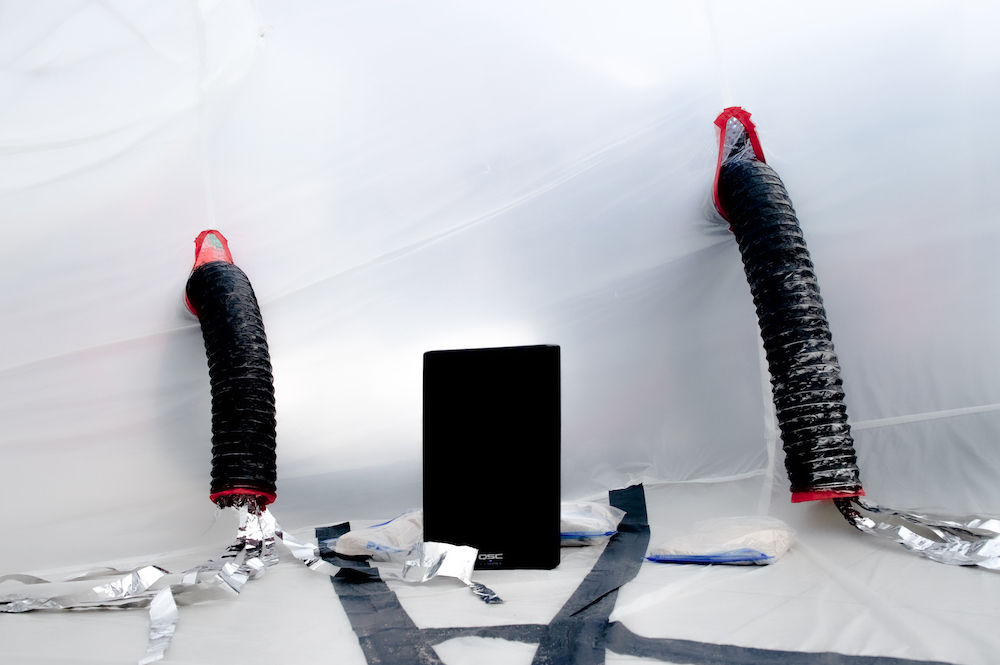 I inherited the base tube of this inflatable and reshaped it. It was originally a 50 foot long tube. I bent the tube into an L shape, added the smaller tubes on the outside, and changed the locations of the silver foil stripes. I also composed the soundtrack and am currently working on integrating sensors and actuators into the inflatable for more computational interactivity.

These collaborators also put together a video showcasing the sensory qualities of the variety of inflatables they created.